Jim Nantz, a member of the Sports Broadcasting Hall of Fame and the youngest to ever be inducted into both the Pro Football and Naismith Memorial Basketball Hall of Fame, is a three-time Emmy Award-winner and five-time National Sportscaster the Year since joining CBS in 1985.

Nantz has been the lead play-by-play voice for THE NFL ON CBS since 2004. For 13 seasons, Nantz teamed with Phil Simms and since 2017, Nantz has teamed with Tony Romo as the lead NFL announce team calling the Network’s top game each week. In 2021, Nantz called his sixth Super Bowl - Super Bowl LV from Tampa, Fla. In addition, from 2014–18, Nantz called the NFL Thursday Night Football games and from 1998–2003, he anchored the Network’s NFL pre-game show, THE NFL TODAY.

This year marked Nantz’s 36th covering NCAA Division I Men’s Basketball. Nantz has called play-by-play on more network broadcasts of the Final Four and Champion­ship game than any other announcer in the tournament’s history. From 1986-90, he served as host of CBS’s coverage of the NCAA Tournament and Final Four. He took over as lead play-by-play announcer for college basketball in 1990 where he was teamed with Billy Packer. Since 2015, Nantz has teamed with Bill Raftery and Grant Hill to call regular-season and NCAA Tournament basketball games.

In addition to being the lead play-by-play announcer for the Network’s NFL and college basketball games, Nantz anchors CBS’s golf coverage. He joined the CBS Sports golf team in 1986. Nantz became the anchor of the Network’s golf coverage in April 1994 and was partnered with Ken Venturi until June 2002. Sir Nick Faldo was partnered with Nantz since assuming the lead analyst role in 2007 until his retirement in 2022. Nantz is partnered with Trevor Immelman, who was named CBS Sports’ lead golf analyst beginning with the 2023 season. Nantz has hosted broadcasts of the Masters since 1988 and the PGA Championship since 1991, and served as anchor of the biennial Presidents Cup in 1994 and 1996.

In 2007 Nantz became the first commentator in history to complete the rare broadcasting three-feat – calling the Super Bowl, the NCAA Men’s Final Four and the Masters all in a span of 63 days. Nantz once again repeated this trifecta in 2010, 2013 and 2016. In 2019 and 2021, Nantz completed an even rarer quintet, calling the AFC Championship, Super Bowl, Final Four, Masters, and PGA Championship in a span of 120 days.

In August 2011 Nantz became the youngest recipient of the Pro Football Hall of Fame Pete Rozelle Radio-Television Award. Nantz also was honored in 2002 by the Naismith Memorial Basketball Hall of Fame as its youngest recipient of the Curt Gowdy Media Award. Nantz joins Dick Enberg and Curt Gowdy as the only broadcasters to receive both Pro Football and Naismith Memorial Basketball Hall of Fame honors. In June 2013 he received the Court of Honor Award from the National Association of Basketball Coaches Foundation for distinguishing himself in his profession and exhibiting the highest standards of leadership. In November 2013, Nantz received the Metropolitan Golf Association’s Distinguished Service Award, and in September 2016, he was recognized with the Golf Course Association of America Lifetime Achievement Award. In June 2018, Nantz was honored by the College Sports Information Directors of America (CoSIDA) as the Jake Wade Award winner in recognition of his collegiate and professional achievements and work with CoSIDA. Nantz was the 2018 recipient of the Ambassador of Golf Award, presented annually by Northern Ohio Golf Charities and PGA TOUR. In December 2018, Nantz was inducted into the Sports Broadcasting Hall of Fame. Nantz was honored in 2019 with the Arnie Award, presented to Golfers Who Give Back and reflect the values and generosity of Arnold Palmer by the AT&T Pebble Beach Pro-Am, the Monterey Peninsula Foundation and Golf Digest. In February 2020, he was named the Naismith Outstanding Contributor to Men’s Basketball by the Atlanta Tipoff Club. Nantz was inducted into the National Sports Media Association Hall of Fame in December 2021 and will receive the NCAA President’s Gerald R. Ford Award in January 2023.

In 2009 and 2010, Nantz won consecutive Emmy Awards for Outstanding Sports Personality – Play-By-Play. He also won an Emmy Award for his role in the Army-Navy documentary, “Game of Honor” in 2012. In addition, Nantz was honored by the National Sportscasters and Sportswriters Association as National Sports­caster of the Year in 2010, 2008, 2007, 2005 and 1998. Nantz has won this prestigious award more times than any other CBS Sports commentator in history.

Nantz began his tenure at CBS Sports as the host of the Network’s college football studio show (1985-88). He was lead play-by-play announcer for CBS’s coverage of college football (1989-90) and went on to cover the NFL in 1991. By 1993, he was calling play-by-play for the Network’s second-team coverage of THE NFL ON CBS regular-season and post-season broadcasts. He returned as the lead voice of college football in 1996, calling the National Championship Games for the 1996 and 1997 seasons (Fiesta Bowl: Ne­braska vs. Florida and Orange Bowl: Tennessee vs. Nebraska, re­spectively). In 1997, he returned to the studio to anchor COLLEGE FOOTBALL TODAY.

Nantz’s myriad assignments for CBS Sports also include play-by-play at the U.S. Open Tennis Championships for nine years overall, primetime host of CBS Sports’ coverage of the 1998 Olympic Winter Games, co-hosting the weekend daytime coverage of the 1992 and 1994 Olympic Winter Games and coverage of NCAA track and field, skiing, speed skating, baseball, swimming and diving, gymnastics, the U.S. Olympic Festival and Pan American Games. He also served as host of the Network’s cover­age of the annual Macy’s Thanksgiving Day Parade in 1994, 1995, 2000 and 2001. In addition, he had a prominent role in Kevin Costner’s 1996 hit movie, Tin Cup.

On January 19, 2011, Nantz returned to his adopted hometown of Houston to team with Houston Methodist Hospital to create the Nantz National Alzheimer Center (NNAC). The NNAC has become a world-renowned research center dedi­cated to funding innovative diagnostic discoveries for early and accurate detection of Alzheimer’s disease and other dementing illnesses (www.nantzfriends.org). The NNAC is applying breakthroughs in neuroimaging toward strategies to better diagnose and potentially prevent or halt the progress of Alzheimer’s at its earliest stages. Nantz’s father, Jim Nantz Jr., himself a former college football player and lifelong inspiration to his broadcaster son, suffered from the ravages of Alzheimer’s dis­ease for 13 years. Nantz chronicled his father’s story in the instant New York Times bestseller, Always By My Side. Co-authored with Eli Spielman, the book climbed to No.3 on the New York Times list, making it the highest ranking achieved by a sports book in 2008 and the inspiration for Nantz to open the NNAC. The foreword to the book was written by one of his father figures and dear friend, former President George H.W. Bush.

Nantz, along with wine industry veteran Peter Deutsch, CEO of Deutsch Family Wine & Spirits, formed the Deutsch Nantz Alliance (DNA) to produce an artisanal Sonoma fine wine brand named The Calling (thecallingwine.com). Released in June 2012, The Calling wines are handcrafted from Sonoma’s finest varietals with Chardonnay and Pinot Noir cultivated in the Russian River Valley and Cabernet Sauvignon in Alexander Valley. The Calling wines are highly regarded by the press and have been awarded numerous scores of 90 and above. Wine Spectator named The Calling one of the “Top 100 Wines in the World” in 2017, Wine Enthusiast ranked The Calling Dutton Ranch Chardonnay #15 in the world in December 2018, and The Calling Searby Vineyard Chardonnay was named to Wine Enthusiast’s Top 100 Wines of 2022.

Nantz was graduated in 1981 with a degree in radio/television from the University of Houston, where he was recruited as a member of the golf team. He received an honorary doctorate of humane letters from his alma mater in May 2001 in recognition of his contributions to his profession and to the university. While a student at Houston, he held a variety of broadcasting jobs, which led to positions at the city’s CBS stations KHOU-TV and KTRH Radio. Before joining CBS Sports, Nantz was an anchor at KSL-TV in Salt Lake City, then a CBS affiliate. While at KSL, he also broadcast Utah Jazz basketball games and did play-by-play with former San Francisco 49ers quarterback Steve Young for BYU football games, including the 1984 National Championship year. 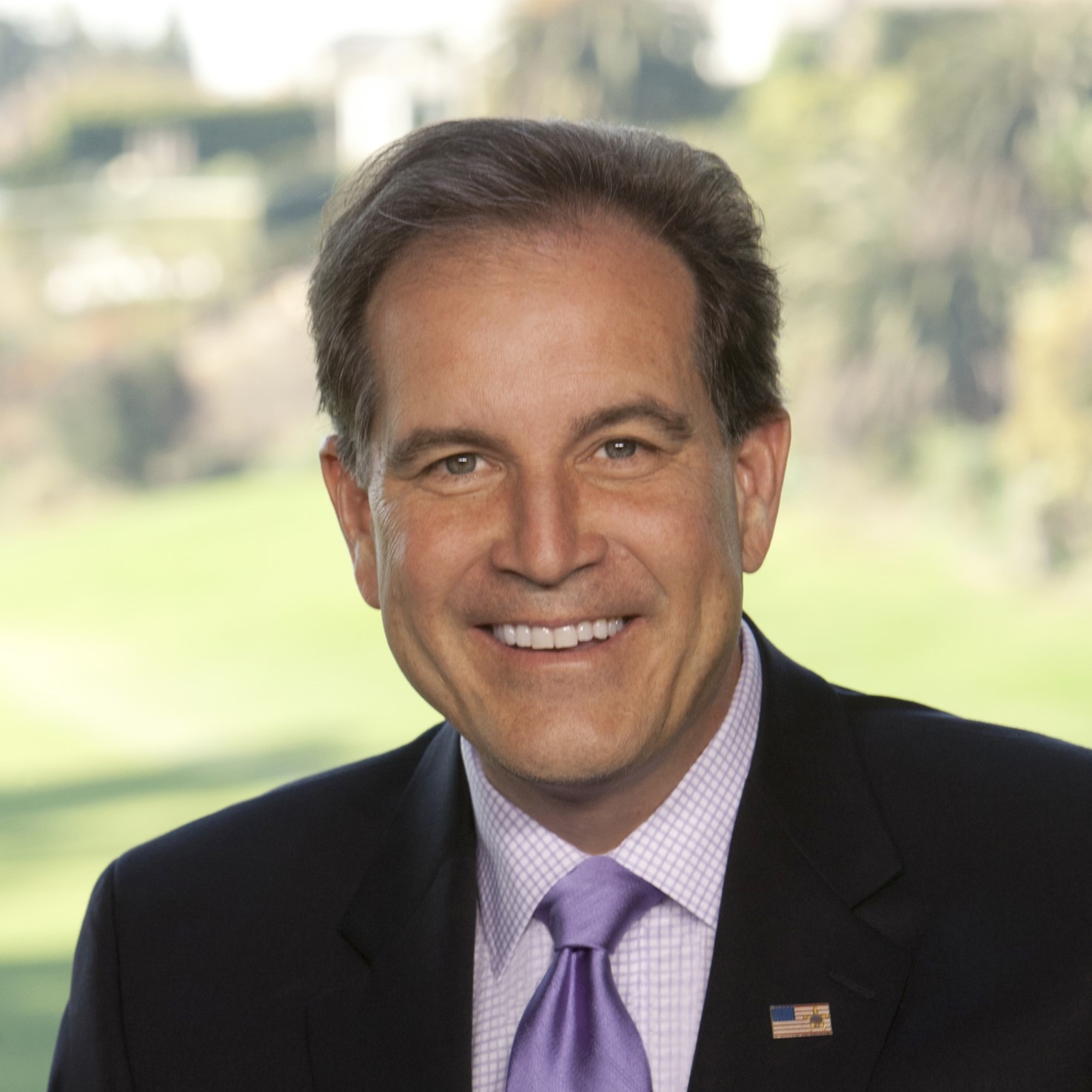