Full Name
Dan Mason
Job Title
Chairman
Company
The Broadcasters Foundation of America
Bio
Dan Mason served as President and Chief Executive Officer of CBS RADIO from 2007-15. In that role, he oversaw all aspects relating to CBS RADIO’s 117 stations across 26 markets, including all of the Top 10, as well as the day-to-day operations of the division. He retired from CBS Radio in April of 2015.

An experienced radio programmer, Mason returned to CBS RADIO in April 2007 after serving as an advisor and consultant to CBS and other domestic and international companies in the radio broadcasting industry for the five years prior. Before that, Mason was President of CBS RADIO from 1995-2002. As the executive responsible for operating the group’s then 184 stations in the largest markets across the United States, Mason successfully integrated the original CBS, Group W, Infinity Radio and American Radio Systems stations, among the most venerable radio broadcasting groups in the country, by merging operations, blending business styles and increasing profitability. Mason joined Westinghouse as President of Group W Radio in 1993.

Mason initiated an aggressive growth strategy at CBS RADIO including the launch of new formats at dozens of stations across the country, the acquisition of FM stations in New York, Washington, D.C., Philadelphia and Miami, and creating CBS Sports Radio, a 24-hour, seven-day-a-week lineup of national programming from premier entities CBS RADIO and CBS Sports. Restoring WCBS-FM to its classic hits format was one of Mason’s first moves upon his return. The station is an undisputable ratings leader and consistently ranks among the most popular with listeners of all ages in New York.

Under Mason’s leadership, CBS RADIO also took a number of steps to expand its digital presence; including building the online audio streaming platforms Radio.com and creating mobile applications that allow listeners to interact with CBS RADIO stations on the go, and expanding its use of online video to complement the division’s over–the-air programming.

A native of Louisville, Kentucky, Mason graduated from Eastern Kentucky University with a degree in broadcasting, and later was presented with an honorary Doctorate of Humanities from that institution. The Kentucky Broadcasters Association (KBA) honored Dan with the Ralph Gabbard Distinguished Kentuckian Award in recognition of his achievements in broadcasting.

Dan Mason currently serves as Chairman of The Broadcaster’s Foundation of America, an organization which serves those in acute financial need within the radio and television industries. www.broadcastersfoundation.org. He has previously served several years on the board of directors of the National Association of Broadcasters which presented him in 2012 with their National Radio Award for outstanding leadership within the radio industry. In 2015, Dan Mason was inducted into the National Radio Hall of Fame at the Museum of Broadcast and Communications in Chicago. www.radiohof.org

He also previously served as Senior Advisor for Broadcast Relations to iHeartMedia of New York, America’s largest reach media company. In that capacity he advised the company on current and developing issues as they relate to the broadcast radio industry, government relations and important industry associations, including the National Association of Broadcasters.

Upon retirement from CBS Radio, Dan returned to where his broadcasting career began. Dan Mason resumed a sports casting career as a radio and television analyst specializing in women’s college basketball on the CBS Sports Network.. He also is an analyst on thoroughbred horse racing for the Horse Radio Radio Network, having been a thoroughbred owner for several decades.

Most recently, he has joined the Vegas Stats Information Network (VSiN) first as a Strategic Advisor and Investor, then was named Chairman in 2019. 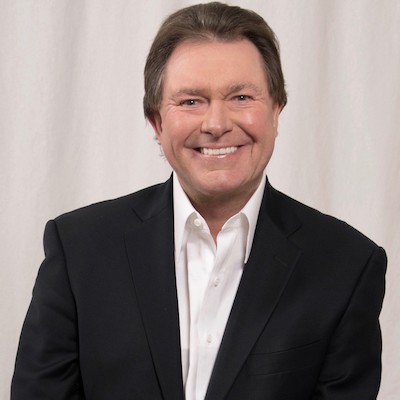