Full Name
Emily Barr
Job Title
President & Chief Executive Officer
Company
Graham Media Group
Bio
Emily L. Barr is the President and Chief Executive Officer of Graham Media Group, the television
broadcasting division of Graham Holdings Company. She has held this position since July 2012.
Barr oversees seven local media hubs - each in a top-70 market, representing just over 7% coverage
in the U.S. The television stations, web and mobile platforms are recognized as news leaders across
the media spectrum: KPRC-Houston (NBC); WDIV-Detroit (NBC); WKMG-Orlando (CBS); KSAT-San
Antonio (ABC); a duopoly in Jacksonville: WJXT (Fully Local) and WCWJ (CW); and WSLS-Roanoke
(NBC). GMG also owns Graham Digital, a digital media and technology development group based in
Detroit and Atlanta-based, Social News Desk, a leading provider of social media management tools
designed to connect newsrooms with their users.
Under Barr’s leadership, Graham Media Group was awarded “2016 Station Group of the Year” by
Broadcasting and Cable Magazine.
Prior to joining GMG, Barr served as the President and General Manager of ABC 7 Chicago (WLS–TV),
the ABC-owned station in Chicago, IL. She held this position from April 1997 until July 2012. In 2009,
Barr helped create The LIVE WELL NETWORK, an innovative, nationally-distributed digital broadcast
and online network focusing on home, health and lifestyle programming.
Previously, Barr served as the President and General Manager of WTVD–TV, the ABC–owned station
in Raleigh–Durham, NC, which she joined in October 1994. In July 1988, Barr joined WMAR–TV in
Baltimore, MD, as the Director of Broadcast Operations & Programming. She became Assistant
General Manager in May 1993.
Earlier in her career, Barr was the Director of Creative Services (1987-88) and Advertising and
Promotion Manager (1985-87) at KHOU–TV in Houston, TX. She also worked as a writer and producer
for WJLA–TV in Washington, DC, which she joined in January 1983. Barr began her career in
broadcasting in 1980 as a news editor at KSTP–TV in St. Paul, MN.
Barr serves on the boards of the Associated Press and the Television Bureau of Advertising. In
addition, she is the Chairman for Television for the National Association of Broadcasters and serves
on the National Association of Broadcasters Leadership Foundation. Barr is currently a member of the
Executive Committee of the NBC Affiliate Board and is a past Chair of the ABC Board of Governors.
She has served twice as Chairman of the Board for the Illinois Broadcasters Association. In addition,
Barr is a member of the Advisory Board for Quinnipiac University’s School of Communications and is
actively involved in the Chicago community serving on the board and executive committee of the
Chicago Academy for the Arts.
Honored for her civic involvement, Barr is the 2018 recipient of the Golden Mike Award from the
Broadcasters Foundation of America and was inducted into the 2016 Silver Circle of the
Chicago/Midwest Chapter of the National Academy of Television Arts & Sciences. She was awarded
the 2014 Vincent T. Wasilewski Broadcaster of the Year by the Illinois Broadcasters Association and
received the 2010 Westbury Leadership Award from the American Red Cross of Greater Chicago for
her involvement in a citywide media effort to raise funds for the Haitian earthquake relief effort. That
year, Barr received an Honorary Doctorate from Robert Morris University in recognition of her
community service.
A native of Haverhill, MA, Barr is a graduate of Phillips Exeter Academy and holds a BA in Film Studies
from Carleton College in Northfield, MN. In 1986, she earned an MBA from George Washington
University in Washington, DC. Barr is married to Scott M. Kane and has two daughters. They live in
the Hyde Park neighborhood of Chicago. 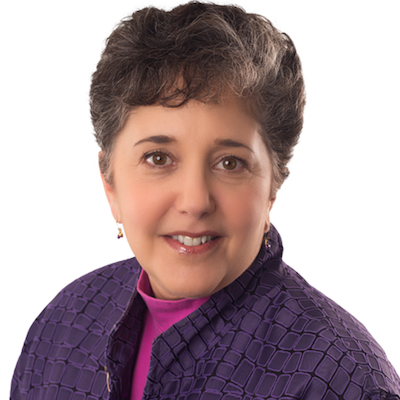